The Royal Foresters in Ascot is an historic building that has recently undergone extensive refurbishment by Oakman Inns and it opened its doors to the public in July 2018 with a new contemporary and vibrant atmosphere and a delicious Mediterranean themed menu in their restaurant. 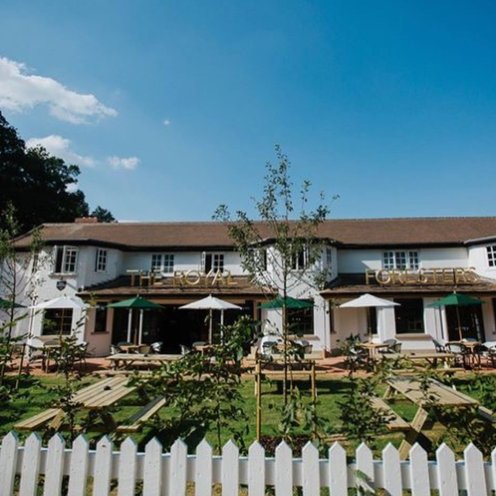 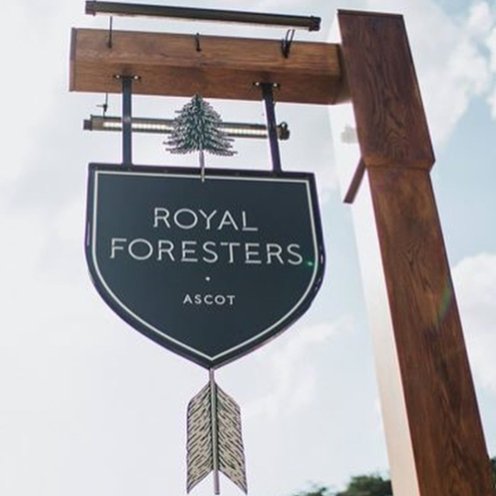 Following my review of The Dog & Badger Pub, Hotel & Restaurant which is also owned by Oakman Inns, I was absolutely delighted to be invited to try out The Royal Forester’s new menu and, of course, took hubby along with me.

We went on the Saturday just after they re-opened and the bar and restaurant was already full of people eating and drinking and enjoying the new menu and lovely atmosphere.

The pub has a pretty paved area outside with plenty of seating and umbrella’s for the perfect Summer afternoon or evening and once you venture inside, you are hit by the enticing aroma of Mediterranean herbs and freshly made pizza!

There is a contemporary bar area with plenty of seating and a large restaurant area near the open kitchen and pizza oven so you can watch the talented chefs at work!

We were greeted at the front of the restaurant and shown quickly to our table by a friendly waitress who introduced herself as Lorraine and explained that she will be looking after us that evening, which is exactly what she did. Nothing was too much trouble and despite being super busy, she was polite, professional and attentive.

With so many tempting dishes on the starters menu, it was really hard to choose! There are dishes such as calamari, smoked salmon & soft boiled egg involtini, homemade soup with sourdough bread, tomato bruschetta and more!

After much deliberation, I chose the asparagus tortelloni with peas, chilli, lemon and parsley butter and Simon had the saltimbocca scotch egg with a soft boiled egg, sage, prosciutto, sausagemeat and hollandaise sauce. 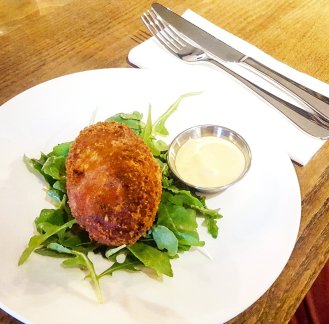 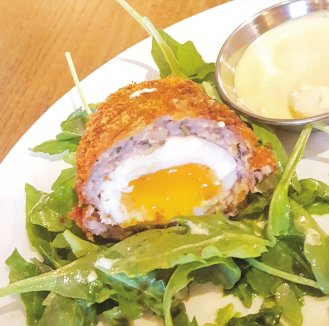 I could have eaten a whole plateful of the tortelloni, it was so delicious. The pasta was cooked al dente and the asparagus and peas were perfectly cooked leaving them with a slight crunch. The homemade scotch egg had a lovely soft and runny yolk for those #yolkporn lovers out there, with tasty herb sausage meat and crispy breadcrumbs.

This was an easier choice and despite the tempting aromas coming from the pizza oven, I really fancied the grilled loch duart salmon with avocado and spinach salad and Simon wanted to try the fillet steak.

My salmon was cooked perfectly and literally fell apart and the chef didn’t scrimp with the avocado in the salad which was great! Simon asked for his steak to be cooked medium rare and that’s exactly how it arrived. The meat was so tender and seasoned beautifully! Even the chips were packed with so much flavour!

Simon was full to the brim and just had a coffee (say whaaaat?… there’s always room for pudding… am I right?) but I love my desserts and this dessert menu was my idea of heaven! It was a tough choice but as a lover of cheesecake and white chocolate, I decided to try the white chocolate cheesecake with ginger caramel ice cream and honeycomb pieces. 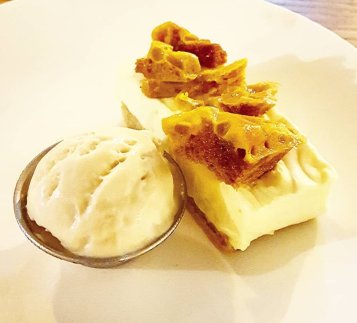 The cheesecake had a good strong white chocolate flavour which was delicious, however the ice cream was not to my taste as the ginger was a little overpowering. I love honeycomb so that was a really lovely addition and complimented the flavours of the cheesecake beautifully!

We practically rolled out of the restaurant, full and happy and vowed to return very soon. I mean… I didn’t try the pizza so that must be next on the list right?… Or maybe the Sunday roast… ooh decisions decisions!

The Royal Foresters is a little food lover’s paradise and did not disappoint! See you again soon!